The history of brandy

Distillation of brandy began in France around 1313, but it was prepared only as a medicine and was thought to possess such miraculous fortifying and sanitary powers that physicians named it l'eau de vie, a name it still retains today.

In the young American colonies, George Washington began commercial distillation in 1797 at the urging of his Scottish farm manager, James Anderson, who had experience in distilling grain in Scotland. With the help of this experience, Washington became one of the largest distillers in young America, with five copper stills that operated for 12 months each year. However, a few years earlier, Laird's America had opened (making it the oldest producer of apple brandy) and began distilling cider and brandy in 1780. The abundance of natural fruit available for processing led young Americans to actually adapt to the ready harvest of local fruit, as opposed to the labor-intensive growing and harvesting of grains. 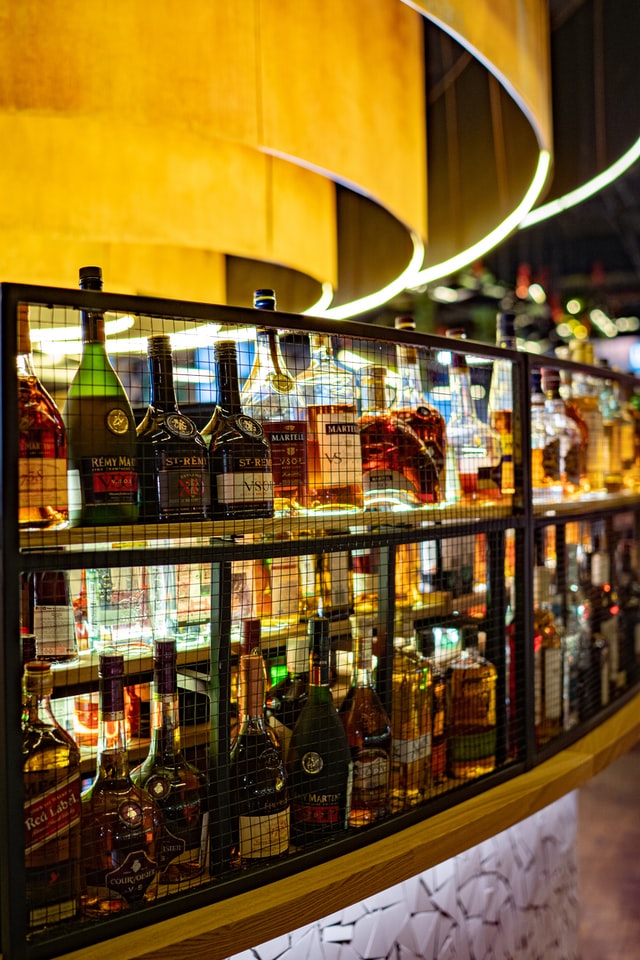 Clear fruit brandies were traditionally made without aging to maintain the wonderful intensity of the fruit. Usually bottled at around 80 proof or higher, these are often served after a meal or between courses. In Normandy, the spiritual home of apple brandy, well-fed diners would drink a refreshing glass of Calvados after their meal. Theoretically, this creates a "trough" or hole in the stomach that provides space for the dish to follow.

The exceptions to this rule are apple and grape brandy, which are unaged. They are matured in oak barrels, which gives them extra depth and complexity. Both sweet wines and aged brandies are pressed with the fruit absolutely ripe. The entire fruit puree is carefully fermented and the spirit is distilled in copper stills. 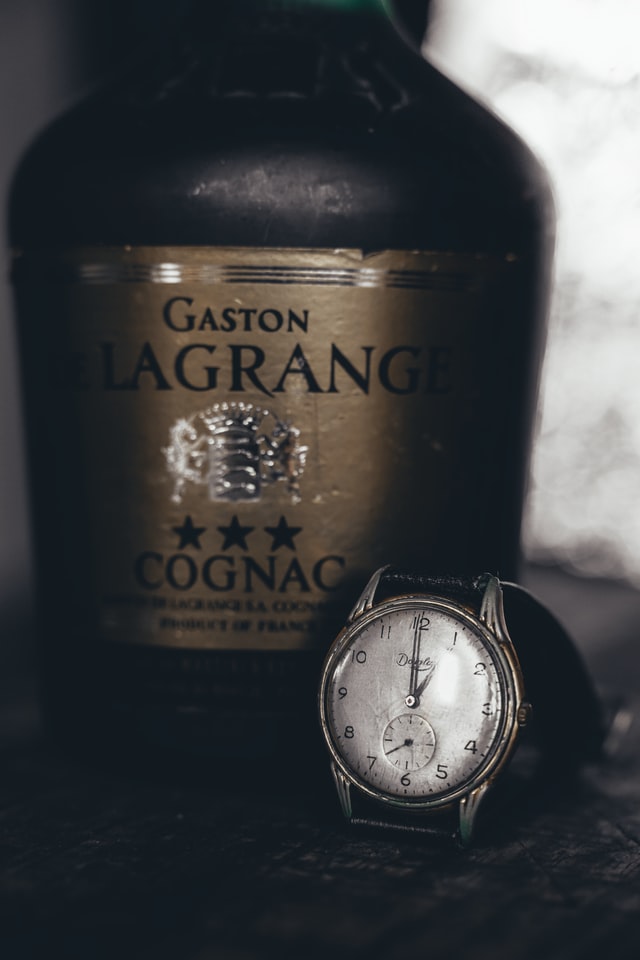 Until the method of determining the true alcohol content of spirits was known, dealers used to use a very crude method to develop the idea of the strength or "proof" of spirits. A quantity of spirit was poured onto a tray of gunpowder and then ignited. If the powder is still dry enough at the end of the burn, it will explode, but if it is wet with water from the spirits, the flame of the alcohol will go out without igniting the powder. This is called proof. Alcohol that ignites gunpowder is said to be above proof.

Later, Clark, in his specific gravity meter invented about 1730, fixed the strength of proof spirits at a specific gravity of 0.920 at 68 degrees F. This was the strength of proof spirits as prescribed by an Act of Parliament in England, and at this strength it was nothing more than a mixture of 49 pounds of pure alcohol with 51 pounds of water. Brandy, rum, gin, and whisky have almost similar proportions. 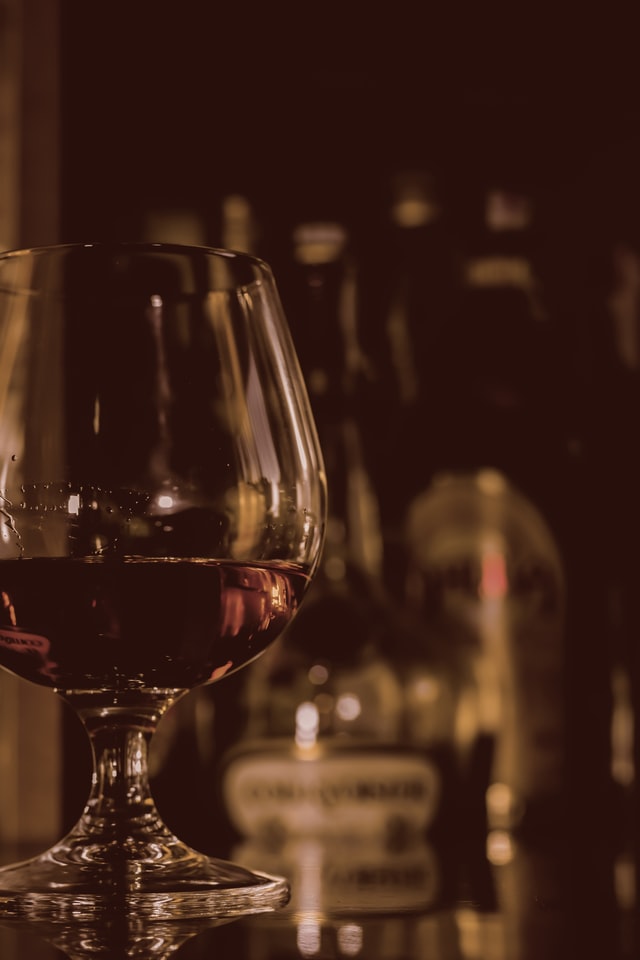 Brandy has a traditional age grading system, although its use is not regulated outside of Cognac and Armagnac. These indicators can usually be found near the brand name on the label.

V.S. ("Very Special") or✯✯✯(three stars) indicates that the youngest brandy in the blend has been in the barrel for at least two years.

V.S.O.P. ("Very Good Old"), Reserve or✯✯✯✯✯(five stars) designates that the youngest brandy in the blend has been in the barrel for at least four years.

XO ("Grand Cru") or Napoléon blends in which the youngest brandy has been stored for at least six years.

Hors d'âge ("overage") is a designation that is formally equivalent to XO for Cognac, but for Armagnac refers to a brandy that has been stored for at least ten years. In practice, this term is used by producers to sell high-quality products beyond the official age range.

Brandy around the world

Jerez brandy is a Spanish brandy, made in the Jerez region of Andalusia, in the following ages.

Calvados is from France, however, it is an apple brandy that must come from the Normandy region.

Grappa is an Italian fruit pomace brandy made from the pomace left after winemaking.

Palinka is a Hungarian fruit brandy that dates back to the 14th century. Palatka, on the other hand, comes from the Czech Republic and Slovakia. Pisco is a Peruvian brandy, although Chile classifies it under a different classification and the two countries argue over the term. In contrast to Cognac brandy, Peruvian pisco must be aged in oak barrels, but not in wood. Pisco is not a liqueur (a liqueur is usually a "sweet" product, such as crème de menthe), but a wine. Technically, it is brandy, since it is distilled from fruit, but it is a little different. For one thing, it is distilled at bottling, rather than at a higher alcohol level and then water is added to bring it down to about 40 degrees. Another difference is that it is not usually aged in wooden barrels but in clay pots.

Rakia is a Balkan fruit brandy, but should not be confused with Raki, Turkish anise-flavored alcohol distilled from grape pomace, as is Ouzo.

Schnapps is a broad classification of German fruit brandies.

Armagnac is a French-aged brandy from a region south of Cognac. Armagnac has three sub-regions and, unlike the double-bed distillation of Cognac, the production of brandy in this region is usually done in a single distillation using column stills. The classification system of spirits in Armagnac is similar to that of Cognac. Here, however, V.S.O.P. indicates a minimum age of 5 years instead of 4, X.O. stays at 6 years, and Hors d'Age indicates a minimum of 10 years.

Srinak is a young cognac, aged for only two years, but brings a freshness to a traditionally aged cognac.

"We didn't grow those trees good old Johnny Appleseed to keep the doctor away," jokes Chad Robinson, an all-around brand enthusiast and brand ambassador for a Virginia distillery that produces a range of cognacs, "he's making cider and apple cider!"

Precedente: Here's the Real Difference Between Brandy and Cognac