From coast to coast, American whiskey producers are expanding their offerings beyond the patriotic staples of bourbon and the newly resurgent rye. The emerging, brave new world of whiskey now being explored is the realm of American whisky single malt.Just don't call it Scotch. 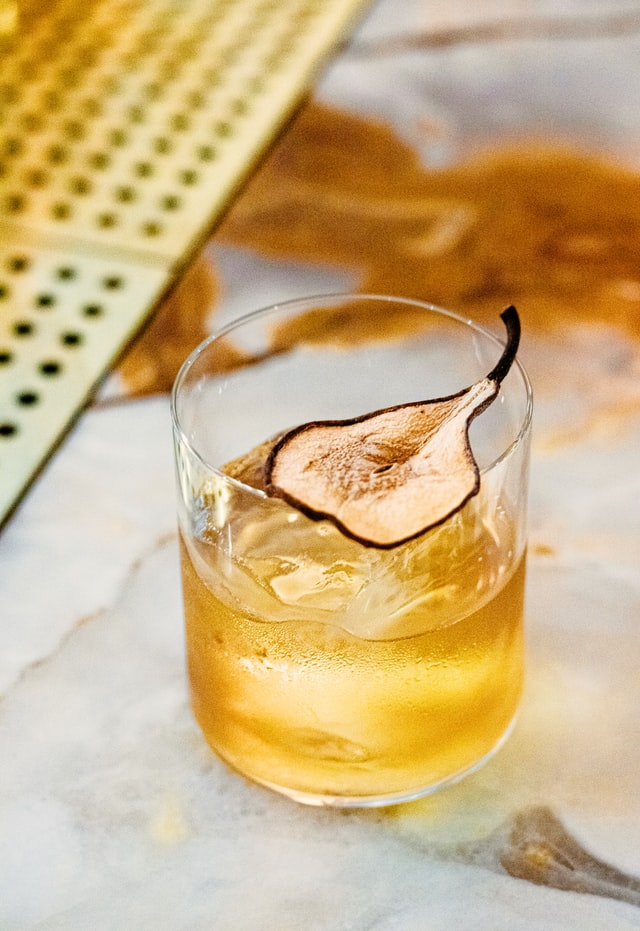 The History of American Whiskey

Whiskey's origins can be traced back to the medieval monks of Ireland and Scotland, but now both countries have their own distinctive styles of native spirits. The same is true of American whiskey - the original concept may have been imported from distant lands, but some 300 years later, American whiskey ...... is a product unto itself.

American whiskey began as an unprocessed, unaged spirit whose main characteristic was its ability to stimulate the courage of the first colonists. Over the years, whiskey has evolved into the complex, big-bodied, distinctive American bourbon, rye, and Tennessee whiskeys that connoisseurs taste today, grandmothers sip, bar patrons toss, and almost every American "discovers" them when they reach the magical age of 21. American whiskey itself, after 300 years of adolescence, shaped by every major event that affected its homeland, has reached maturity in recent years. Sometimes, the opposite is true - whiskey has influenced the country itself.

Whiskey manufacturing was one of the earliest cottage industries in the land; it was the reason George Washington first mustered the Union army, and when early pioneers explored new territories westward, whiskey came with them. During the Civil War, whiskey was a spirit of controversy, in part because Grant never served a third term in the White House. Whiskey spurred American women to lead a crusade that led to Prohibition and played a role in every major war this country has ever experienced. In short, where Americans have been, American whiskey has been - and where whiskey has traveled, Americans have been influenced by it.

In fact, bourbon was so damn American that in 1964, Congress itself recognized it as "a distinctly American product. While straight rye and Tennessee whiskeys received no such accolades, they traveled the same dusty trails that led to today's superhighways and are as distinctly American as any bourbon.

When the first settlers arrived on this continent, their love of alcohol in almost any form led to a chain of events that eventually led to the birth of distinctly American whiskey. By tracing the settlers' desire to quench their thirst, we can chart the development of American whiskey from the early days of Virginia and New England settlers through to the present day. In addition, we can trace the creation of bourbon and Tennessee whiskey back to their roots - a rare opportunity when the subject is food or drink.

What is American Single Malt Whiskey?

The U.S. Alcohol and Tobacco Tax and Trade Bureau (TTB), which administers all legal liquor and labeling requirements in the country, does not currently provide a definition for U.S. single malts. Instead, it provides a more generic classification of "malt whiskey. In the past, U.S. single malt production has been so small that there has never been a need for a strict regulatory definition of it. 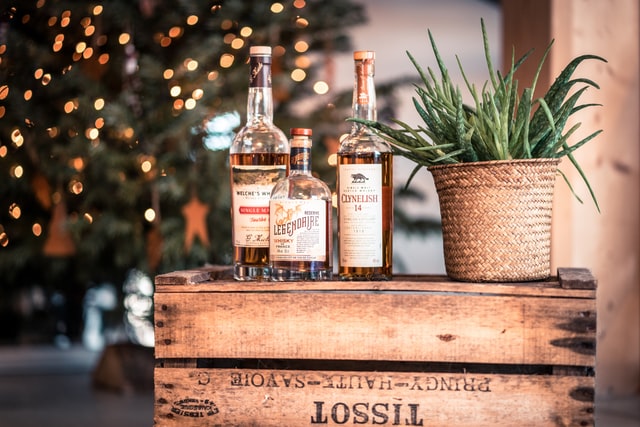 The vague category of malt whisky which the TTB does have could include single malts, but it also incorporates what is known in Scotland as grain whisky—whisky made from malted barley, as well as other grains, such as corn. Therefore, it's basically muddying the waters by clumping multiple styles together.

A defined American single malt category, though, could be as simple as: whiskey distilled from 100 percent malted barley by a single distillery within the United States. It's the American equal to single malt Scotch.

With the rise of the craft distilling movement, there are now dozens of distilleries producing American single malt whiskeys, and a variety of styles are beginning to emerge. (Consider how much the regional climate varies in the United States - remember that weather and climate affect how whiskey is aged). In Texas and the American Southwest, smoky single malts are starting to emerge. Meanwhile, on the coasts, producers are capturing the same savory character favored by certain Scotch whiskies. How all of these different styles will eventually be classified and defined will take place over the next few years.

Early efforts have already contributed to the classification of American single malts. Most notably, a few months ago, a group of American distillers known for producing single malt whiskeys held what was dubbed the "American Single Malt Summit." The goal was to figure out how to properly promote this emerging category so that it is recognized and understood by consumers, gets proper shelf space in stores, and is distinguished from other American-made whiskeys and Scotch whiskies.

US single malt producers to know

1) Balcones Distilling (Waco, TX). Now under the direction of head distiller Jared Himstedt, Balcones produces a range of whiskies, including their Balcones "1" Texas Single Malt. A regional difference here is the need to combat the Texas heat and avoid over-aging the whiskey. 1" Texas Single Malt is big and bold, with a rich blend of malt and toffee, dried fruit, and dry oak spices.

2) Corsair Distillery (Nashville, Tennessee) Corsair's original distillery was located in Kentucky, and now this space is dedicated to the production of their non-whiskey spirits. Nashville is where they produce their whiskey, and founder Darek Bell is known for his wildly creative and experimental releases. Perhaps their best-known whiskey is Triple Smoke, a single malt made from three smoked malts, using peat, as well as cherry and Beachwood. It's big and smoky, but the cherry wood brings a fair amount of fruitiness and sweetness.

3) FEW Spirits (Evanston, Ill.) FEW is best known for their bourbons and ryes, as well as an exciting lineup of gins. few also produce single malts. According to founder Paul Hletko, they also use a portion of cherry wood smoked malt, as well as unsmoked malt. few single malts are spicy and malty, with a prominent wood influence.

4) Hamilton Distillers (Tucson, Arizona). Hamilton Distillers produces the Del Bac line of single malts, led by its signature Del Bac Dorado, a single malt whiskey smoked with Wheatstone. Owner Stephen Paul uses a unique two-part malting and kilning system, which allows for a finely controlled smoking process. The Dorado is all big mesquite roast with pepper and spice, plus a sweetness in the background. 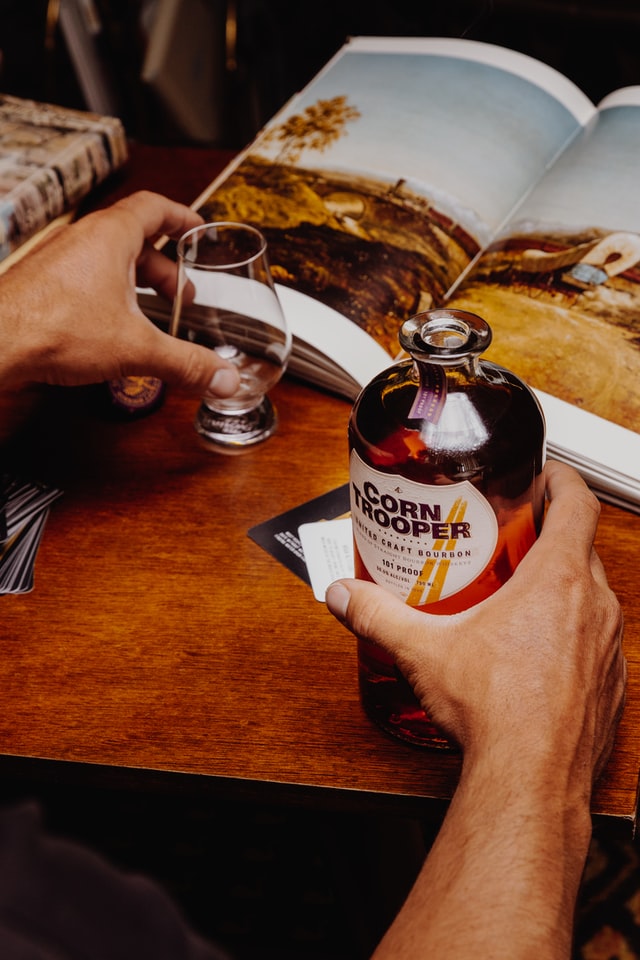 5) Hillrock Estate Distillery (Ancram, NY). As an "estate" distillery, Hillrock handles the entire production process of their whiskey, from growing the grain, to ground milling for their single malt. Hillrock is best known for its Solera Aged Bourbon, but it also produces rye and single malt. Single malt whisky is a dry, spicy whisky with oak, grain, vanilla, and leather.

7) Ranger Creek (San Antonio, Texas) Ranger Creek Rimfire is a single malt whiskey smoked in Texas mesquite. Co-founder Mark McDavid cold smokes his barley using a shipping container that serves as a smoker. Compared to Del Bac, Rimfire is less intense in terms of mesquite, and while still quite smoky, it also showcases spice as well as offers sweet notes of chocolate, molasses, and vanilla.

8) Santa Fe Spirits Company (Santa Fe, New Mexico) Santa Fe produces a variety of spirits, one of which is their Colquigan single malt whiskey. They also utilize mesquite, a blend of 30% smoked barley and 70% non-smoked barley. The college has a smoky flavor, but is not overpowering in mesquite and has a big, smooth profile. It also offers dry leather, oak, and tobacco, as well as hints of everything from vanilla to citrus.

9) St. George's (Alameda, CA) The highly acclaimed St. George's Single Malt line was one of the first American single malts when it debuted back in 2000. New releases are made every year, with the 15th batch in 2015 being the most recent. As a result, its profile changes from year to year, but expect a lighter, fruitier whisky overall, with floral and herbal notes. St. George has also just released a new single malt, Baller Single Malt, which is intended to be drier and smokier.